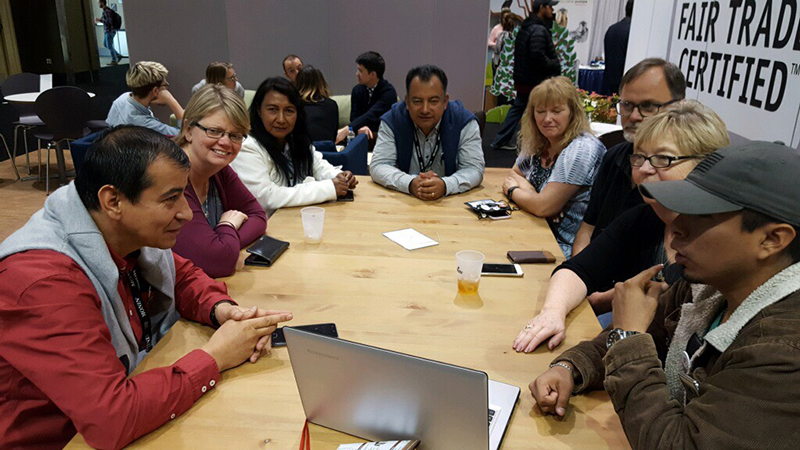 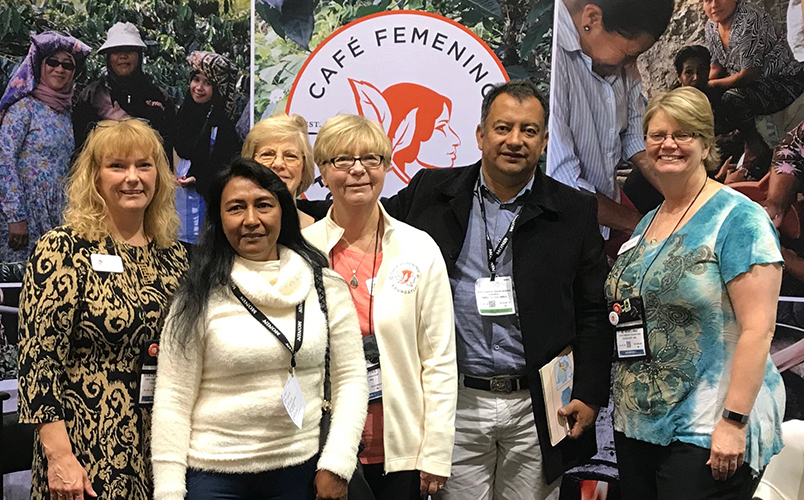 In Colombia income inequality is nearly the most disparate in the world. The GDP per capita of Colombia is $10,700 USD and more than a third of the population lives below the poverty line. Due to the drug trade, violence among guerrillas, paramilitary groups, and Colombian security forces, many indigenous populations are disproportionately affected because they live in rural areas.

The Colombia country program has been growing incrementally to include more women members each year. The Café Femenino Foundation has partnered with the COSURCA cooperative to deliver social projects that reduce gender inequities through the support of projects that focus on women since 2006. These women coffee producers live in small rural communities where there is very limited governmental support in the areas of health and education. A poor roadway system, lack of electricity, communication, and the ever present threat of drug organizations have made it difficult for the coffee producers of this cooperative to access outside support and resources. Through the infrastructure of the COSURCA cooperative and the coordination on the ground by Rene Ausecha Chaux, more information and social resources are available to these communities with the support of the Cafe Femenino Foundation.

For the past 3 years, the Cafe Femenino Women’s Group in Colombia has met annually to develop plans for the coming year. This year, the women created a project to improve the respiratory health and safety of women through a kitchen restoration project. Because the kitchen is where women and children spend a significant portion of their time, it became important to the women that this space be healthy.

The following is the list of criteria that the women developed:
1. They must be associated with the organization.
2.They must be a member of the women’s coffee association.
3. They must have been affected directly or indirectly by way of the aerial spraying that was conducted in 2005 by the US government-backed Plan Colombia.
4. They must have demonstrated continued interest and participation in organizational work.
5. They were not receiving aid from public institutions.
6. They had to be dutiful to their credit obligations and duties.

The focus of this project in Colombia was to construct 18 kitchens to reduce the risks of illness caused by smoke inhalation and the very old and unsanitary conditions. The objectives were to create a space for a woman that is dignified and reflects her value. Additionally, the project aimed to reduce the toxic fumes and unsanitary conditions that contribute to health issues that affect women.

This improved kitchen project addresses the gender inequality issue as it highlights the value and important role of women by investing resources to improve a space typically used only by women. Locals have reported that because kitchens are traditionally “women’s space,” it is often the last place a family will make an investment or give attention. This often translates to an area with bad lighting, inadequate ventilation, dirt floors, and constructed with poor materials.

Another important aspect of the project that contributes significantly in the prevention of respiratory health issues is the adaptation of the stoves with outside ventilation. Before, the kitchens had firewood heating systems with open burners and no ventilation. This exposed the women who prepare the food to high amounts of smoke inhalation and high risk of burns.

The kitchens in most cases did not have water service installed internally. Carrying water becomes an additional chore that adds to the woman’s work load to ensure the family is fed. This situation also does not allow for hygienic conditions suitable for the family by way of cleaning and food preparation. Now with this project completed, all kitchens have a water system that brings running water inside so that the women’s labors are reduced and adequate hygienic conditions for food preparation is possible. Concrete floors are installed to further improve the sanitation during food preparation, and the new kitchens are built using sustainable materials such as bamboo rather than palm trees in order to be more environmentally friendly.

The process of this project was democratic and transparent. After a meeting between the leaders of the COSURCA cooperative and the entire membership of the Cafe Femenino Women’s Group, the beneficiary associations were selected. The women of each association developed their own methodology for selecting the beneficiaries. Using the methodology they developed, the decision was made for which 18 women would be recipients of a new kitchen.

Each beneficiary was directly awarded a monetary amount to cover part of the project’s expenses. The women were responsible for acquiring their own materials for the construction. Documentation of fund disbursement was required, and each family was required to fund a portion of their kitchen. Construction of the kitchens took place using all volunteer labor. A final inspection by the Project Coordinator and the technical team from COSURCA was carried out to monitor the investment and make final reports for each.

Once the women were selected, all 18 beneficiaries attended a workshop held on September 30, 2013. The workshop included the background of the kitchen improvement program, funding, and the responsibilities of each organization involved. During this workshop a module about gender equity was included. The gender module was not a part of the Green Mountain grant and was included by the COSURCA cooperative.

Photographic documentation of the project

When the first phase of this long term project began several years ago, the Foundation realized that there needed to be a “before and after” photograph taken and included for this project, as it is difficult for those people who have not visited the site to understand the unsanitary and abysmal conditions the family kitchens were in. For evaluation purposes, the technical team of COSURCA inspected each beneficiary’s kitchen and documented the baseline condition of each kitchen as well as the socio-economic background of the families. Following the completion of the project, photos of the new kitchen were taken.

Communication between the beneficiaries and the cooperative is key to its success. Good documentation should be required due to the amount of materials and supplies purchased. It is a good practice to have the funding managed through the cooperative’s accounts to ensure security and transparency of the funds.

These 18 kitchens have improved living and daily household working conditions for 18 women and an estimated 90 family members. The short term impact is reflected in that the women are using the stoves in the new kitchens, which has been verified through phone conversations with the women’s group members in Colombia. This high usage is due in part because they were in charge of making the design decisions for the new kitchen, so they are designed the way that they prefer. 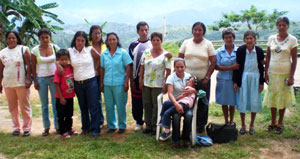 The long term impacts will be seen in the future with reductions in respiratory issues related to smoke inhalation and improved health from the improved sanitation and hygiene, for both their children and themselves. These are long term impacts that will be realized in the future as the amount of smoke inhalation has been reduced. Additionally, the women do not have to spend their time carrying water now that there is an internal water system in the new kitchens.

Administration and decision making during this project by the women increased self-esteem, administrative skills, critical thinking, organizational skills, and oversight. Putting these duties into the hands of the women provides an opportunity for them to become visible in their communities, and administering a large and important project. The task of creating the methodology for beneficiary selection and then executing that selection empowers the women of the cooperative to take ownership and become a more educated and involved member of the organization.

During a Skype call in November 2013, the women’s group gathered for a meeting in the COSURCA cooperative. Also in attendance was the project coordinator, Rene Ausecha Chaux. The women’s group members reported that this project has a positive impact on their dignity. They told us that the kitchen project had been completed and that they were incredibly proud of the resulting kitchens that were built. They talked, one by one about the kitchen improvements, about how there was no longer smoke venting into their kitchens and how they had tile counters and cement floors. They said that this made the kitchens “so beautiful and very clean”. On the call, the women were happy, and excited to report first-hand the news of the successful kitchen project.