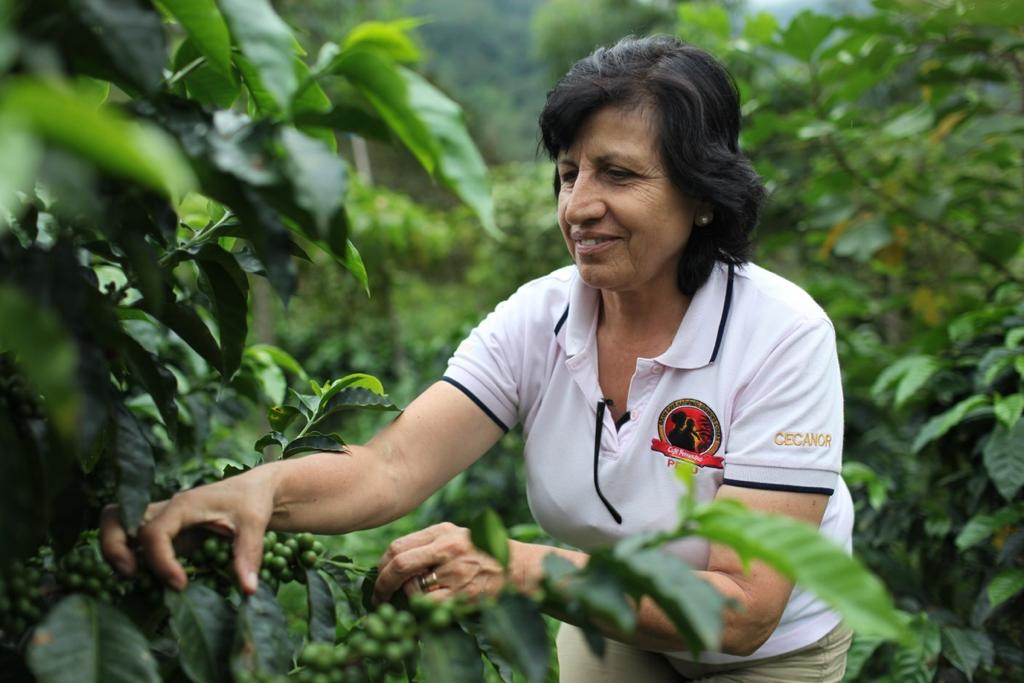 Importance and Impact of Café Femenino Coffee and the Foundation in the life of the producers and surrounding communities
Women’s Coffee is the result of many years of work, we started it as an NGO in 1979, then seeing that the bottleneck for small producers was the market, we established the company PROASSA in 1995, when we see that it is impossible to compete with large companies that handle large volumes, we managed to centralize producer organizations in CECANOR in 1999 and we applied to operate in Fair Trade.

From 2000 to 2005 we had extremely low prices that reached $45/qq of coffee, those prices did not even cover the costs of the harvest and the producers abandoned the coffee plantations. The Fair Trade minimum price and the incentive allowed our partners to be given the market price and a final payment that was twice what they received as an advance, which allowed the strengthening of our organizations and the commitment of our partners with a vision long term.

In the delivery of these year-end settlements, we saw that not everything our partners received was going to improve the living conditions of small producers and their families, a large part of what they received as settlement of their coffee, went to the places where you drink beer. This situation motivated us to see how we could ensure that the benefits achieved with Fair Trade benefit the family and we thought of separating the coffee and perhaps selling it with a brand that would allow women to receive an award directly.

Since our first years of relationship with small producers, it has been our interest to promote the direct participation of women in the organization, we promoted workshops on rights, vegetable gardens, small farms, but few women participated and only single mothers or widows.

The idea of separating coffee from women and creating a brand is embraced by OPTCO, our business partner in the US, and together we created the Café Femenino brand.

An unprecedented milestone is the promotion of the Café Feminine Foundation, which allows us to give sustainability to the organization’s work and to improve the living conditions of small producers through the programs it finances. The key to this sustained work over these 43 years has been the ability to institutionalize our contributions to the development of the communities and the strategic alliances formed in the chain. Cicap, Proassa, Cecanor, the Women’s Association of Coffee and Quinoa, Optco and the Café Femenino Foundation all work together for a single purpose, which is to improve the living conditions of small producers.